–Written by the Guardian newspaper 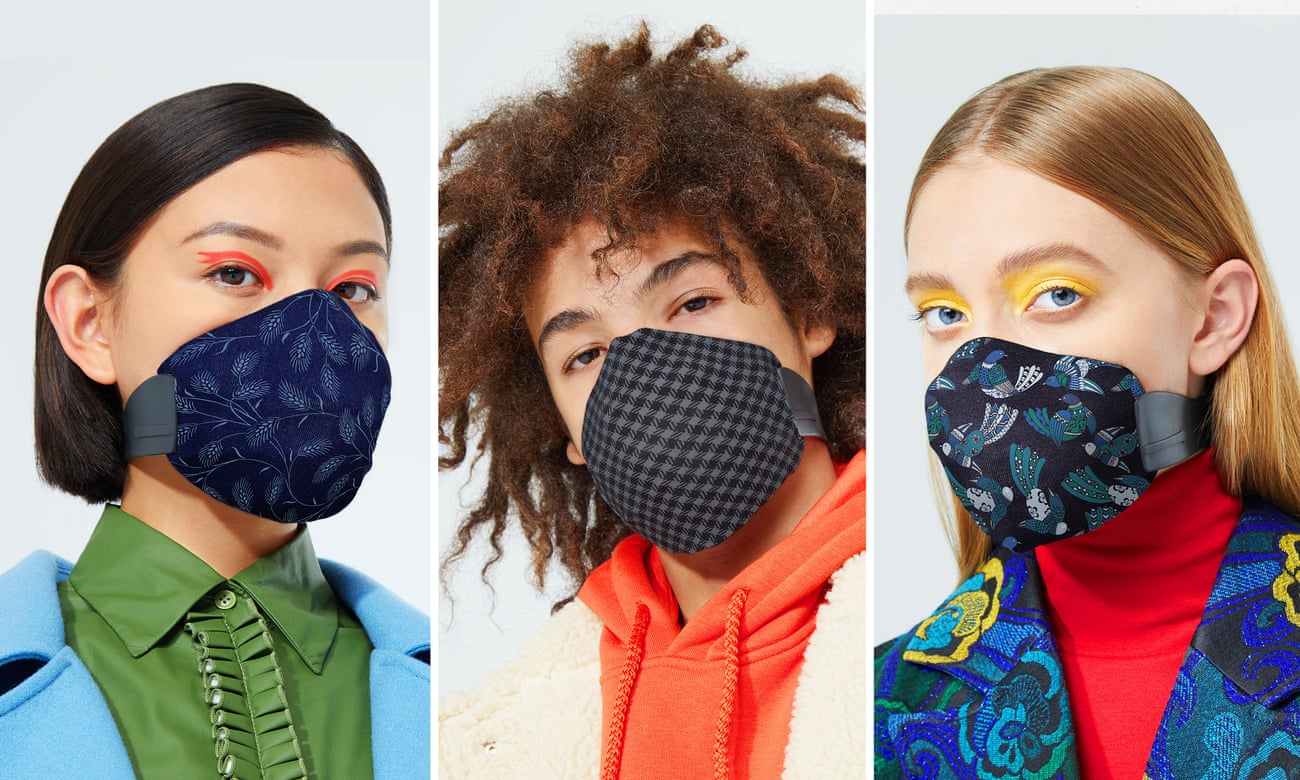 Manufacturer Meo and New Zealand fashion designer Karen Walker collaborated on these reusable face masks with air filters. The interchangeable covers can be matched to the wearer’s outfit.

As Australia’s air quality plummets, demand has spiked for reusable anti-pollution masks that are effective and fashionable

Sydneysiders Elias Honor, his brother Isaac and their childhood friend Jack Graham had a vision of selling Australia’s air to the world.

The company they founded, AusAir, have made high-end anti-pollution face masks featuring filters infused with Australian botanicals such as eucalyptus and Tasmanian lavender. In shades of shell pink, black and grey, AusAir’s masks have a soft yet utilitarian aesthetic – like something you might find on the Starship Enterprise.

After winning a series of student entrepreneurship awards, the trio’s masks are set to go on sale for the first time this month. But rather than being a pristine fantasy for those in polluted metropolises overseas to inhale, Australia may become an important market for the fledgling company. 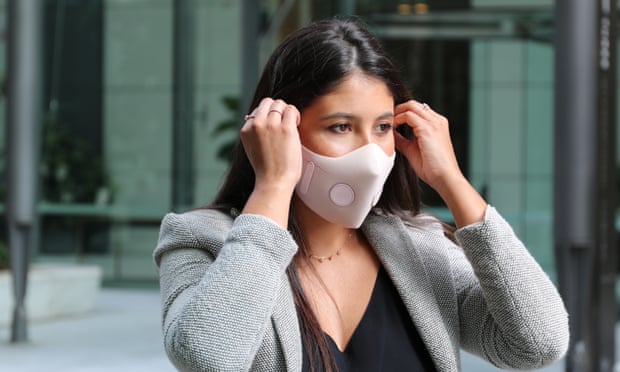 Will wearing a face mask protect me from bushfire smoke? – explainer
Read more
Across the eastern and southern coasts of Australia, bushfire smoke has shut down businesses and major events and led doctors to warn of lasting health consequences.

Hardware chain Bunnings has air-freighted in hundreds of thousands of face masks and respirators from international suppliers in order to keep up with demand. While many consumers are visiting their local hardware stores in order to acquire PM2.5 filtering face masks, others are looking online for a more comfortable, longer-wearing and stylish solution.

As air quality worsens, premium reusable face masks are a growing accessory category worldwide. In China and India, lifestyle bloggers review them as they would a new nail polish shade or handbag.

In Sydney, Scott Mitchell was an early adopter. He purchased an anti-pollution face mask online on 3 December. “My friends would tell you that I am very quick to … jump on a fad,” he says. “The idea of buying a mask appealed to me because it seemed very dumb at the time.”

Mitchell took strange pleasure in researching his purchase. “It’s quite funny to get into the very small world of fashion face masks because the websites are trying to make something that is horrific seem quite appealing … There is a certain Blade Runner-y feeling of embracing our fashionable dystopia that I enjoyed.”

Eventually he settled on a respirator from Cambridge Mask Co. At A$48 plus shipping, the mask is lower cost than many other designer masks. Mitchell found the brand’s extensive range of colours and prints appealing too, although his first choice – a shade of deep teal – was sold out.

Cambridge Mask Co’s chief operating officer Nina Griffee explains that the range of colours isn’t about creating a product that’s “fashionable”. She says fine particle-filtering face masks can look quite militaristic but “by adding colour you can convince a five-year-old to wear a mask.” The masks were originally developed for residents of highly polluted cities, where “you don’t have one mask you have three or four,” says Griffee. When wearing a face mask is commonplace “it’s nice if it matches your coat”.

As the days of poor air quality stretched on across swathes of eastern and southern Australia, what started as almost a joke became “really handy and helpful” for Mitchell. Those who’d mocked him started to see sense in his decision. People even asked him for advice on social media, where he’d shared photographs of himself wearing the mask.

‘I look like a ninja’
Around the time Mitchell was making his purchase, Katherine Brickman, who also lives in Sydney, was suffering from “a smoker’s cough that turned into a respiratory infection” and realised “I needed some way of commuting to work without getting sick”.

Brickman consulted with a co-worker – “a real fashion kid” – who was already wearing a mask, and then researched the health recommendations that had come out during the California wildfires of 2018. She decided there was “no point in wearing one that’s not comfortable”, and eventually bought a mask from Swedish company Airinum. She describes their website as “the Apple store of face masks”, and says she found their extensive fit information and video tutorials particularly persuasive.

Airinum masks start at US$69. Brickman says “the one I got was slightly pricey, but I felt I could justify that cost because I can wash it and reuse it”.

–Written by the Guardian newspaper